By Myr,
April 22 in Writers

I don't think readers really understand how important it is for writers to hear from them. Most writers, like myself, never receive a penny for what we do. We spend long hours writing, proofreading an 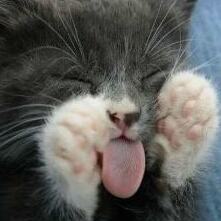 Feedback is fun. It helps me know if the reader’s are understanding what is is happening.