In the year 2104 A.D., on Thursday February 14, a hitherto unknown disease appeared in a quiet suburban neighbourhood of the provincial city of Palatus, a western hub in the Capital Arm region of the continent Aurum, on the planet Lucere. This disease was an extremely transmissible mutation, known initially as the Valentine's Sickness and then forever after as the Sharpe virus, named for the doctor that described the first cases. Humanity was unprepared to deal with a thing of such uncompromising strength and horror.

After six days, the planet's military was forced to destroy the city of Palatus to contain the situation.

Within two weeks, it had escaped the provincial boundary of Palatus.

After a month, the virus had seeded itself in Argentum and Pyropus, the other inhabited continents of Lucere.

At six weeks, the planetary capital of Lucere fell.

Within two months, outbreaks were occurring on new worlds.

Within four months, all thirteen human colonies were infected.

On Obsidia, the mining cartels and corporate sponsors deployed their best security to aid the civilian defence. The fighting was confined, protracted and bloody; as many deaths were caused by industrial sabotage and human crossfire as by the mutant creatures themselves.

On Silenus II, the sprawling idyllic agrarian utopia and open landscape was ill-suited to respond to any true large-scale emergency. The populace was crushed rapidly, and the government fell after two weeks of hopeless struggle.

On Alemas Alesmaweyh, the federally mandated rule of secular law collapsed into abeyance. Society returned to the still-dominant culturally-prevalent roots of Islam, and in a zealous fervour, the Sunni and Shia united in a jihadi crusade against the demonic ill which was threatening their home. The fight was spirited and brave, but quickly came to nothing, the conflict raging intensely but fruitlessly, at last devolving into a nuclear cauterisation. Large sections of the planet's surface were laid to waste by mankind's fire, as the ultimate solution was committed.

On Uncama's Garden, the disease provoked a resurgence of African tribalism. The population spread far in superstitious fear, breaking into ever smaller groups that sought refuge in the exotic jungle wilds. Unwittingly, they prolonged their end by doing so, this colony lasting longer than any of the others barring one, before the survivors became too few and far between, succumbing to the predators that hunted their world.

The Sanqing Three performed an organised and brutal defence, supposing that their forethought would give them the means to endure. Taiqing fell first, and Shangqing next, though the extensive coastal cities and winding complex streetways were heavily fortified and littered with millions of dead before the end. The mountainous planet of Yuqing lasted another three months, bastions of humanity hidden in the peaks before starvation and the inescapable nature of the virus caught up.

On Hawking III and Annuit Coeptis, the infection came later than other colonies, and preparation had been made. Yet, the refugee trains and safe zones established in geographic isolation nearer to the polar regions were the first places to be infected. With horror the planetary administration could only watch as the virus emerged from the supposed havens and accelerated towards the exposed populace, now left with no place to run or hide.

On Amateru, communication was rapidly cut with every world barring Earth, fearing the smallest ounce of contact would be enough to spark unrest and misfortune. The first cases began in a remote marine weather station on Shibiki Island. The director of operations recognised it immediately and requested the station be destroyed. Amateru's airforce bombed the facility with thermobaric charges and the crisis was halted. However, it made little difference, as the decoy had been sufficient. The virus began anew in the southwestern cities a week later, seeming to magically teleport itself across the landscape, unhindered by the act of self-sacrifice.

On Tierra de Esperanza, the roots of the virus went unnoticed as it coincided with a particularly unpleasant local malaria-imitation. It had consumed several remote rural stations in the western continent's backwater before emergency services could properly respond. It was identified for what it was, but by then the contagion was already uncontrollable.

On Prasada, the bustling commerce and palatial constructions were defended for as long as possible, but the civic fortitude and practiced resilience of social industry was too little against an invisible menace.

By New Year's Day of 2105, twelve of the thirteen colonies had no humans left to speak of. It was only the origin world of Lucere where resistance persisted. This world was unique and the artifact of a lost alien race proved to be an unexpected boon. The virus found itself slowed, crippled, and forced to sleep within the human hosts as the hidden technology fought against it on all corners of the globe. Yet, it was only slowed, and the advance continued. From more than a billion people on the first day of the virus' appearance, within two years, the population had reached one percent of the former total.

So it was that the fight continued on, until in 2318, more than two centuries later, the final organised resistance to the Sharpe virus was broken. Miles Hartley, the self-styled dictator of Lucere and lynchpin to the shards of Lucere's military, was killed. With his death and the elimination of his officers, what little structure remained for the remnants of humanity upon that planet was gone. The martial rule had been tyrannical and barbaric but it was the only thing standing between the dregs of humanity and complete chaos.

In Aspira, at the spaceport, a sea of sharpelings parted. The arbiters approached, and they conversed as they did so, in their own way. Nimble perceptions scanned the charred human remains thrown from the spaceport's traffic control tower. Two humans had died here, burned and fragmented from the blast. Inspection revealed that neither of the dead were the betrayer or the corruptor, and the arbiters knew then, as they looked to the sky and the shrinking outline of the military shuttle climbing ever higher, that their pursuit was in vain. The prey had left, fleeing to a new world. The arbiters also knew that a time would come when there would be no more places to run. Today was not that day. There was work to be done here, to conquer the blight and subsume what was left.

Lucere was not yet ready.

Elsewhere, kilometres away from the capital in a hidden place, hours after the supernova in Aspira's sky, something was happening. The invisible wash of energy had shaken free the shackles of the Sharpe virus, and in the dark of where they lay, the two sat up. They were awakened, alive and clean; human and reborn. Restored and remade on a dead world. Given life, once more, by the miracle of hidden sunlight.

Now, here you are -- you have finished Hidden Sunlight. Relax though, as this is only the end for now. There will be more to come, I promise.

In the mean while, I would encourage you to visit the forum thread and check out my post here. 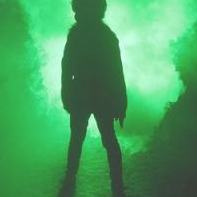