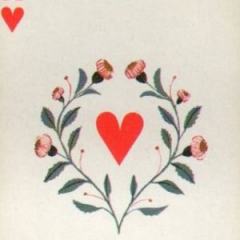 Coming out as a romance writer

By Josiah Thomas, May 21 in Stories Discussion Forum