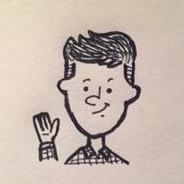 I'll just start by saying that I probably am posting this in the wrong spot, but I've always said ask for forgiveness instead of permission. I'm looking for a story, but I don't remember its name or the author's. I haven't been on here seriously in years, but for some strange reason the memory of this random story popped into my head, and I'm determined to find it now! That story was a favorite of mine, and it got me through some of the more difficult years of my life. I went though about twenty pages of the most viewed stories (it was pretty popular back in the day) to no avail. In my desperation I've come here seeking help. Now that I've given you the long sob story, here are my questions.

1. Is this the right place to ask for help finding an old story? If not, where do I need to go to ask?

2. If this is the right place, can anyone help me find it? Here's what I remember: The story followed a boy who was horribly abused by his family and was bullied at school by the other main character and his five friends. The boy who was bullied was an angel (super nice, volunteered to read stories at the hospital to kids, did his school work, etc.) and the other boy was popular and pretty oblivious. He has a single mom who is a nurse at the hospital where boy number one reads the books, and he has a younger brother who is a real pointdexter. Two of his best friends live next door. They're twins, I believe. As far as the story goes, there is some convoluted plot about why everyone hates boy number one involving some guy who killed himself that boy number one dated. The two boys fall in love, and there's lots of crazy stuff that goes down. Boy number one dumps his longtime girlfriend, gets drugged and raped by her at a party, and some other crazy stuff. The friends of the guy who committed suicide kidnap and rape boy number one and then they plan on killing him. Boy number two comes in with his friends and saves the day. There was another book after that but I don't remember much at all about that one. If I remember correctly, the author really hadn't done much else other than stories that revolved around this universe I just described. Also, the story had to have been up around 2013-2015 because that's when I used this site religiously.

Thanks so much for the help!

8 answers to this question