Do You Ship Us?

There are currently no reviews.

Ryan isn't a singer, so why does the manager of the already debuted boyband, decide to add him? Certain he's been placed with them to make the band fail, Jasper becomes frustrated with their newest member. Between his outspoken nature and Ryan's anxiety, tensions rise and when truths start coming to light, Jasper finds himself trying to protect Ryan from the negatives of fame, while Ryan puts the spotlight on something Jasper had been denying all his life. With media leaks, threats against their career and the struggle to keep their private lives, private, along with the interference of almost everyone, life is no fanfiction love story.

This story contains mental illness along with some suicidal idealization (trigger warnings on chapters), through Ryan, a man dealing with anxiety and depression after an emotionally abusive relationship, trying to move forward with his life.

The use of religion to shame sexuality, with Jasper, a man who until meeting Ryan had never confronted the uncomfortable reality of his sexuality, raised in a religious family to see it as 'wrong', but is now forced to come to terms with it. 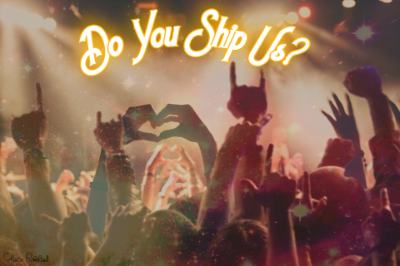