Use the following words in a story - an airline ticket, a silk robe, a blue suitcase, a corgi, and a cursed gold coin.

A Trip to the Dog Park

“Mallow!” I hollered. I ran through the long grass.

It was 6 a.m. It was not raining as had been forecast, thankfully.

“Come back here you short, malcontent …” Damn. I stopped. I was panting harder than my perpetually grinning Pembroke Welsh Corgi.

Mallow, heedless of me, ran on through the dog park, while I gasped. “I know what you’re doing!” I could see his large bat-like ears through the longish grass as he made a large circle around me. The little bastard wanted to get behind me to nip my heels and get me moving. The herding instinct had always been strong in Mallow.

I waited. Sure enough, the twenty-six-pound, light gold and white creature was behind me. He darted forward to nip at my well-scarred heels.

Dancing away from my faithful companion I cursed him. “Shit. Stop it.” Laughing, I turned around and stopped. Mallow ran into me, spun and stood stock still.

It wasn’t a question. I hadn’t seen this woman enter the park. There wasn’t another dog, either.

“It doesn’t matter who I am.” She opened a black patent leather handbag. It was the kind with the little latch. It sort of thunked when she closed it. In her white-gloved hand she held an envelope. It was thick. She held it out. “This is for you.”

Beside me, Mallow was quiet and watchful. He leaned against my leg.

“I am the messenger.” She waggled the envelope. “Take it. I understand this contains the answers.”

Finally, I reached for the white package. The woman smiled grimly and then … fled.

I bent and pet Mallow’s large ears. “Come on. Let’s see what’s in here.” My little dog followed me to a nearby bench.

Before tearing it open, I examined what I held. It was a business sized, cheap envelope, there was nothing written on it that I could see. I sniffed it, and then held it out for Mallow to inspect with his smart nose. Neither of us could smell anything worthwhile, it seemed.

The flap came away easily when I slid my finger under it. I lifted it carefully.

“Wow, Mallow. This is …” I examined the contents—money. The bills were colourful; pink, green and gold. I removed a golden bill. “Turkish lira? What the fu—” My fingers replaced the cash and pulled out something else. It was folded so I unfolded it. “An airline ticket … huh, to Turkey.”

Mallow gazed up at me.

“What the hell do I want to go to Turkey for?” I scratched Mallow between his ears. “Let’s go home, boy. I need to go through this properly.”

Once back in our comfortable house, I fed Mallow, and made coffee for myself. I took a steaming mug of the black brew and the envelope to my small office.

I settled at my oak desk, and sipped my coffee before pulling on a pair of latex gloves. Sort of late, Dan. Yes, but, well, better late than never. Not if there’s a toxin lurking. There isn’t ... I hope.

The gloves stayed on anyway. I stacked the money on one side, then the airline ticket, there was also a letter, which I opened carefully. The script was very sharply right leaning and small. I could barely read ….

Just at that moment Arthur stuck his head around the door. “Hey handsome, I … Holy shit, Danny!”

“Huh?” I looked up at my partner. I may have licked my lips a little.

He was dressed in his black silk robe. It did little to cover his gorgeously hanging junk or his sweet backside. He knew I loved it.

“Is that money?” He was reaching for it when I slapped him.

“Yes, don’t touch it.” I regretted my harshness. “Look, sorry. It’s weird and I don’t want you to get hurt.”

Artie blinked at me for a second. “Okay. So, what is it? Where’d it come from?”

“Dog park. Some woman … there’s this letter. The writing is so awful, I’m not sure it’s even English.”

“No? Let me look.” Artie walked around the desk.

I could smell his maleness and right then none of this mattered. I reached out to stroke his thigh.

“Daniel, control yourself.” He bent over intrigued by the letter. He squinted. “Don’t you have a magnifying glass?”

“Um …” I pulled open the drawer on the top right and groped. “Yes … somewhere. Here!” I handed it to him.

He grinned at me and held the instrument over the page. “It’s Turkish, very tiny.”

Still bent over, hands on the desk, he twisted to look at me, a wry grin sat on his lips. “No … that’s why I only have a PhD in languages.”

“No need to be a smart ass.” I laughed. He was a very talented linguist. “Can you read it? Tell me what it says?”

Arthur straightened up. “Yeah, I’ll need a bit of time. I’ll start now if you can make breakfast.” He started toward the door. A perfect rounded cheek peeked from under his robe.

I jumped from my chair and pulled him into my arms. We kissed.

“In an hour.” I nibbled his neck and ran my eyes down his sexy form. “That robe is useless.”

Later, in the afternoon, I took Artie coffee. Mallow and I had been out for a walk, while my learned lover translated the words written on the page.

“Found out anything?” I put his mug down on the desk.

Arthur looked up at me, his expression serious. “What have you got on now?”

I considered for a second. “Nothing. I just finished the Harrison thing.” I stared at Artie.

“You need to pack … for us both. Use the blue suitcase … it has more room.”

“Call Marianne and see if she will watch Mallow.”

I raised my voice slightly. “Arthur, tell me what is happening? Where are we going?”

“Turkey, babe. We need to go to Turkey. To find Midas’ golden coins.”

“Are you serious? Is that what the letter says?”

“Yes. You know the original story … as it goes, Dionysus granted Midas the golden touch. However, the letter says there were cursed gold coins … real gold coins.”

I stared at Artie. “Is there anymore?”

“Yes, directions.” Arthur put down his pen. “Are we going?”

I was excited but concerned. “Why has this been sent to us?”

“The letter says our reputation is the main reason. They want fast results. They want it done right. Seems McBatten and Highland are becoming kinda known.” Artie ran a hand over the letter. “It says the last of Midas’ descendants want the coins.”

“This … this is nuts.” I sat in the chair across from Arthur. “We are going to Turkey based only on … on, that?” I flapped a hand at the letter.

Arthur sat back in his chair, stared at me as if I’d grown a second head and said, “What else?”

I knew my boyfriend was right. “I’ll call my sister.”

Mallow lay his head on his paws.

Thanks for reading. Let me know what you think ... love to hear from you. 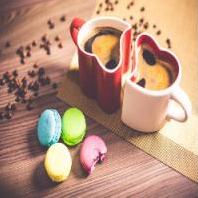